It's time for our next installment of signs, superstitions and omens! If you missed last week's you can  CLICK HERE to catch up. 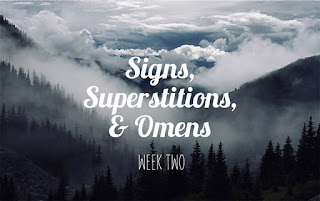 I loved reading some of these that you shared with me here and over on Facebook. I would love to hear any more that you happen to thing of! *This post was originally published here on 9/27/16*